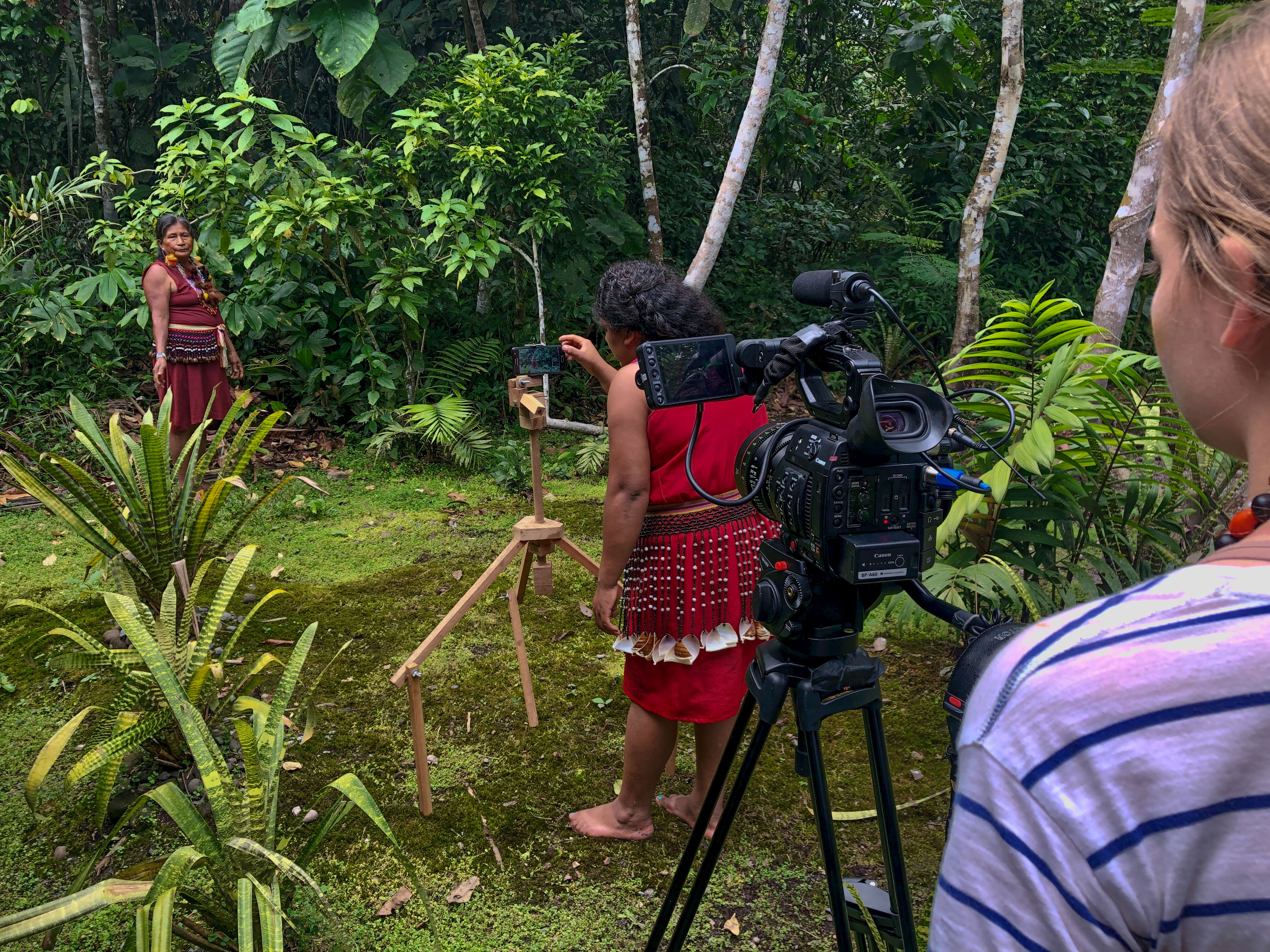 Women on a Mission, Episode 1

Women on a Mission is an original digital series for Conservation International. I conceived and created the series from start to finish. My goal with this project was to uplift the voices of local and indigenous women conservation leaders. These films champion women, their voices and leadership roles, and provide them with a powerful voice at a global-scale.

The Awajún women in the village of Shampuyacu are reviving their culture and restoring their forest after decades of destruction. In the 1980s, there was a large wave of people that arrived to the Awajún indigenous community in Shampuyacu. This migration wave was boosted by two factors: the completion of the North Interoceanic Highway, as well as the promotion of public policies to incentivize relocation to this inaccurately believed unpopulated area. The migration tremendously changed the livelihoods of the Awajún community. For one, the Awajún were forced to rent their land in order to adjust to the mestizo life dynamics, such as trade, income and production. Land renting led to deforestation, and ultimately, a loss of the Awajún culture. Today, Nancy Fernández Vacon and the women of the Awajún community are leading a movement to protect their culture and reclaim their knowledge and customs. They are doing so by documenting their traditional and medicinal plants with their cellphones. The women record videos and upload them to an online website – harnessing the power of technology to preserve their traditions forever.

Before Nancy decided to film and capture her community’s traditional knowledge, there was a time when almost all of the Awajun’s customs were lost. Check out our latest ‘Behind Her Success’ video to learn why giving women land rights can change the world.

Women on a Mission, Technology Meets Tradition was picked up by Fast Company during its launch and was shown locally to FERIAMM (Federation Regional Indigene Awajún Del Alto Mayo, The Indigenous Federation of Alto Mayo). This screening helped raise the profile of the work the women were doing locally. This production helped Nancy (the main character) become the spokesperson for the project. She has presented at the XI Meeting of Community Tourism and in the city of Moyobamba on the Nuwas Forest. After the filming, the women were inspired to create their own short film. This film was also used as a case study for American University’s Center for Environmental Filmmaking Impact Report to illustrate the ways in which environmental storytelling can raise the profiles of local filmmakers, amplify local voices, and boost innovative production and distribution trends. Read the full report here.